No Of Players: 2 or more players

Setup: 2 six-sided dice and a scoresheet (such as below). The scoresheet contains 10 columns one column for each round (called “frame”). Each frame has two sections to mark points scored after each roll which are called “bowls”. Last frame (10) has 3 “bowls”. The final score of the player after each frame is recorded in a cell just below the bowls score for that frame.

Examples for Frame 1 to 9 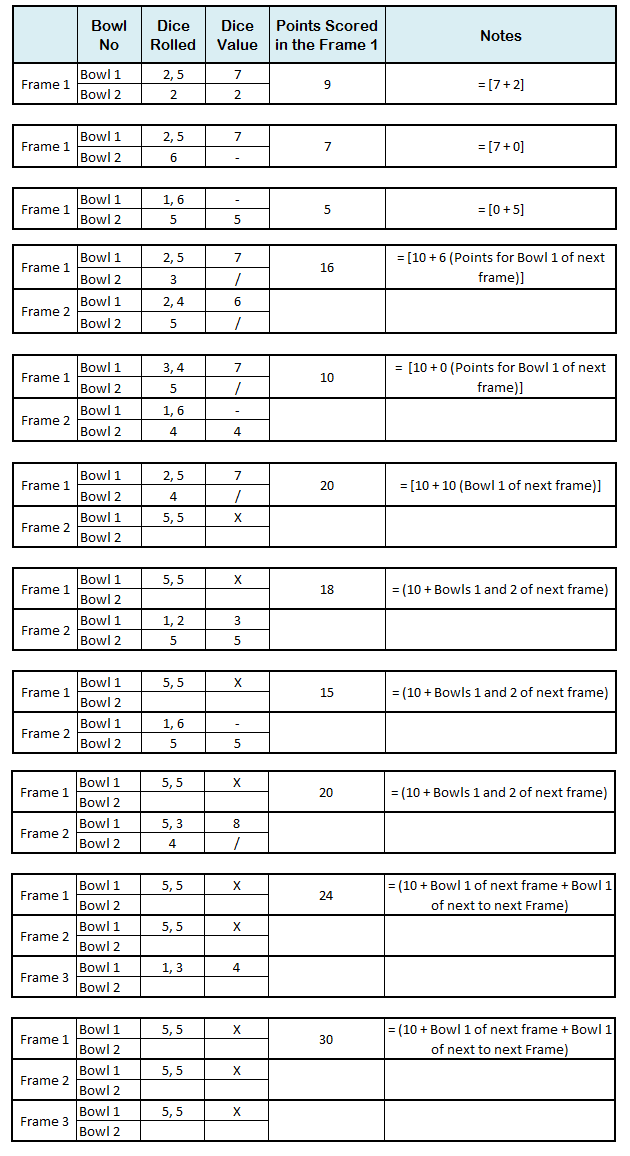 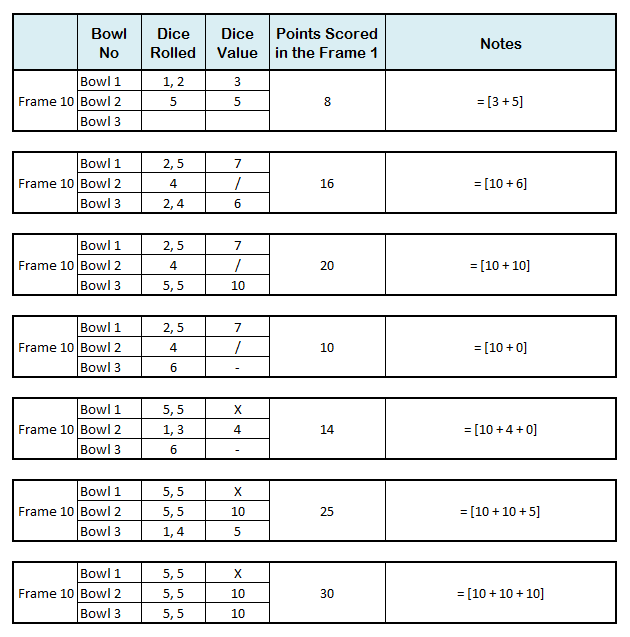 See below for sample game and scoresheet example 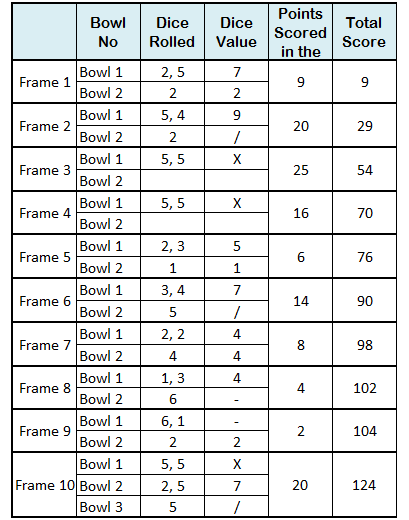