Domino games are played with rectangular-shaped tiles which resemble two dice faces joined together. Each face can either be blank or can have certain number of pips. The complete set of rectangular tiles is referred to as “domino set“. Only the front of each tiles is used in the games. The back side of the tiles have no marking and has no role in the game. The back side can either be blank or can have some design. The rectangular tile is usually referred to as “bone” or, “domino tile” or, simply “tile“. 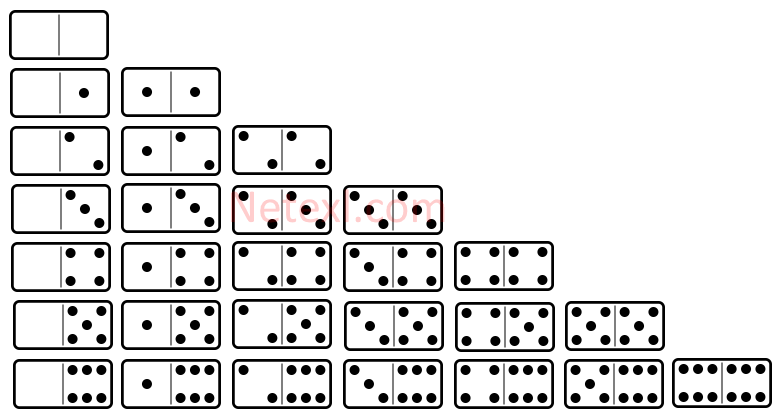 Other popular domino sets are double-nine (55 tiles), double-twelve (91 tiles), double-fifteen (136 tiles). There can be larger domino sets in increments of three such as double-18 or double-21 but are very rarely used. In each domino set total number of tiles are all possible combinations of 0 (blank) to maximum number of pips. 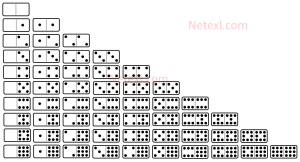 Most of the domino games are either block or draw type. In this type players draw some tiles initially and then try to play the tiles by sequentially matching their suit to the end of a tile already played in the game. In this type of game scores are calculated at the end of the game. Another type of domino games are point type in which players also score while the game is being played in addition to calculation of final score at the end of a round. There are certain domino games which are played similar to how cards are played. Some of the domino games can also be played alone (solitaire) which requires tiles to be matched in certain sequential manner.